What is your favorite Ubisoft open world?

WildLands world is amazing as well.

Div1 has this beautiful rendering of winter in a city, from the dirty snow melting into slush, the snowstorms and conditions at night, every part of that world just comes alive to feel like a place moreso than an area in a videogame.

In Div 2 the general aesthetic isn't as strong but they exchange that for producing striking individual locations. Running around in various art installations in DC can be absolutely breathtaking. Moving through the tunnel with these glowing blocks that change color as characters (both enemy and ally) move near them is an experience.

It's really hard to pick. I love San Fran in Watch Dogs 2. It's a marvellous place.

Far Cry 3's Rook Islands are gorgeous too. I like Bolivia in Wildlands for it's variety, they could have turned that map into a great open world rally game with better physics. Far Cry 2's Africa is a diamond in the rough. I really like the detail and snow in Division 1.

But all the Assassin's Creed games truly win here for accuracy, visuals, and a feeling of place. Revolutionary Paris in Unity was unbelievably good. London was excellently realised, as well as the return to Paris in Syndicate.

Odyssey is good, a bit 'hyper realistic'. But Origins is the one. It is breathtaking. The detail, the historical accuracy, the feeling of being in an ancient world but with more ancient history (thousand year old pyramids) waiting to be explored. I was consuming a lot of Egyptian/Roman history at the time and Origins brought the imagination in my head onto the screen. It's like going in a time machine to 55BC.

My favorite? Tossup between Wildlands and Breakpoint. I've put almost 600 hours alone in Wildlands with my friends.

What do i think is the most beautiful? Probably Odyssey

They're all pretty equal in that I love being there.

Definitely the cities in Assassin's Creed II. Beautiful architecture, amazing for freerunning, and some incredible music in the background.

Have to say Odyssey.

Chicago in WD1 had amazing atmosphere, even if most of it was completely unrealistic.

Caribbean in Black Flag was like taking a nice vacation.

I also really liked the Mid-Atlantic in Rogue. It was a completely different type of thing that we hadn't really seen before.

Watchdogs 1 and Origins. I enjoy the open world of Origins so much I barely did any of the main quests, yet I sunk like 50 hours in it.

In terms of aesthetics Egypt, that one really sucked me in I guess. I liked Rome a lot for awhile because it was intimate, had a nice palette kind of, was easy/fun to get around(horses, parachutes etc..) gamified as it were & very QoL, and the filler wasn't off the charts...however some of the fail state and completion stuff isn't that fun to go back to.

I haven't really played much Far Cry or Watchdogs.

Div1 has this beautiful rendering of winter in a city, from the dirty snow melting into slush, the snowstorms and conditions at night, every part of that world just comes alive to feel like a place moreso than an area in a videogame.

In Div 2 the general aesthetic isn't as strong but they exchange that for producing striking individual locations. Running around in various art installations in DC can be absolutely breathtaking. Moving through the tunnel with these glowing blocks that change color as characters (both enemy and ally) move near them is an experience.
Click to expand...
Click to shrink...

Agree. Massive are up there with Rockstar in open world art and design imo.

Far Cry 3 has an incredible world and is my favourite of the series by far.

AC Odyssey also has an insanely good world but I can’t motivate myself to get back into it to finish it.

Division 1 and Division 2.
There is something amazing about seeing "boring regular real world environments" and having them turned into these wild,crazy places

Either The Division (completely took me by surprise) or Assassin's Creed (most of them tbh, especially the nore recent ones)

On the other hand, Far Cry team really needs to step their game up. Far Cry 5 open world really underwhelming outside some prepper stash location.

the first Assassin's Creed blew me away like nothing else before, it was incredible IMO (and thank god it wasnt filled with endless collectibles/towers/etc). will never forget riding to Jerusalem for the first time.. it had that true next-gen feel.

Origins got fairly close to recreating that feeling, except for the lack of big crowds.. not to mention all NPCs are still as braindead as ever, you'd think there would be some progress in a decade. i still adore the game though, the world is just such a joy to traverse and to just look at. brilliant, beautiful stuff.


LossAversion said:
Definitely the cities in Assassin's Creed II. Beautiful architecture, amazing for freerunning, and some incredible music in the background.
Click to expand...
Click to shrink...

yep, that music.. it was SO damn good. very fond memories of just exploring and being soothed by Jesper Kyd's melodies heh. still listen to some of the tracks when chilling.

btw, is The Division 2 worth it if i just want to see the game world, put like 10 hours into it..?

Of the few I've played, Assassin's Creed: Origins. It's a detailed and spectacular world with not one but two of the ancient wonders.

San Francisco in Watch Dogs 2 might be my favorite open world in general. The game manages to bring a city to life like no game I played before.

maybe not "stunning" by today's standards but AC2's world is very special to me. It had the advantage of not strictly being open world, but rather split up into smaller parts. This allowed the game to really make each city and region feel different. Venice absolutely blew my mind at the time and it's still one of my absolute favorite locales in a game. Especailly during the carnivale mission. I also love all the parkour dungeons hidden throughout the maps, something that modern games really lack, though I suppose Origins' pyramid tombs were a pretty great substitute. The Odyssey tombs are just way too samey and simplistic.

The Division 1's rendering of NYC is still probably the unmatched king of open-world metropolitan cities., and that intangible feeling of place. AC Unity is the only other game that comes close.

Assassin's Creed II and Wildlands, for sure. 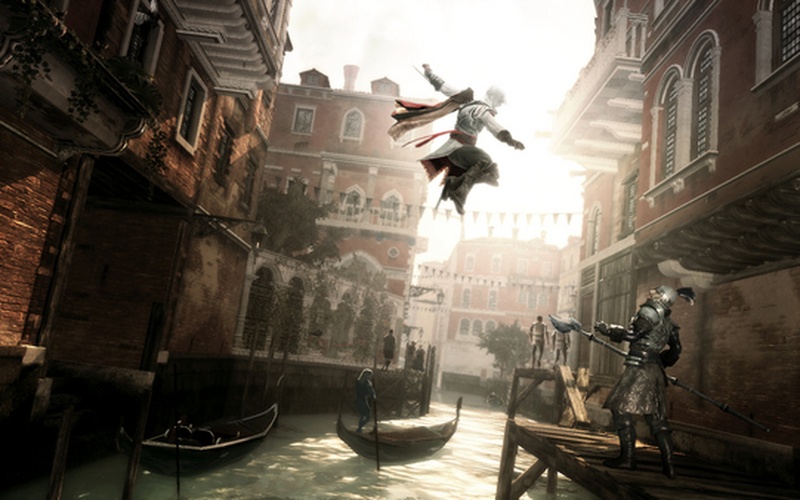 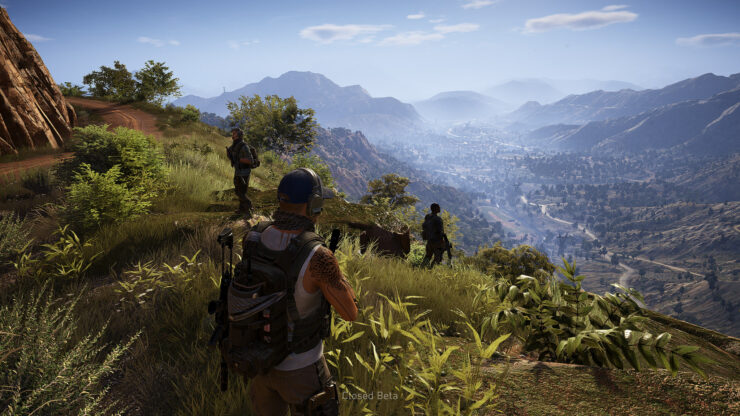 edit: AC Unity and Devision 1 are amazing too.

Say what you want about Ubisoft, but their level/map designs are always incredibly well done.

Assassins Creed 2, one of the best games last generation

It goes to show you how incredible almost all of them are when you can easily make a case for any of them being the best.

Personally Origins and Division 2 for me.

AC: Origins.
It's ancient Egypt. Is there any competition really?

B-Man said:
AC: Origins.
It's ancient Egypt. Is there any competition really?
Click to expand...
Click to shrink...

They had the Nile too! See?
Something for everyone!
Unless you don't like water either...

Ubi is amazing at crafting fun and exploration-friendly game worlds.

My favorite has to be AC Origins, the depiction of Ancient Egypt was just breathtaking. Almost every first visit of a new major spot in the game, be it a city, some pyramid or even the empty desert, was a magical experience. The virtual tour was also very well done.

Close runner ups in the series for me are Assassin's Creed II and Brotherhood. II really ignited my love for the series, the Tuscany region is an amazing setting for a game and again it was done very well. The teaser for Rome as the next setting was also a great moment which leads me to Brotherhood. Rome and especially the Collosseum have always been a fascination of mine, so being able to visit these places in a virtual world was fantastic. Again, the game world was very well crafted for the time and even holds up today. Brotherhood is special to me because I actually visited Rome just a year after playing the game and it was a surreal experience being there after seeing a pretty realistic virtual depiction of how the sights looked like several hundred years ago. Pretty much all of the AC game worlds are well done, but these three are my favorites.

From their other franchises, I really liked The Division's New York and The Crew 2's scaled down USA. The latter doesn't have the best driving model, but it had some very fun environments to drive around. Obviously no Forza Horizon qualitywise, but still an underrated arcade racer this gen IMO.

Really looking forward to visit Watch Dogs: Legion's depiction of London and playing the next AC game on a next gen console, especially because it's coming from the Origins team again.

1. AC Origins: the most memorable for me

2. Division 2: great world with enormous density of things to do. This is the building block for their next games for me

3. Ghost Recon Wildlands: so big, so diverse, lots of verticality too. Love it

Defo Egypt from Origins. I haven’t played Odyssey yet so not sure if it compares. 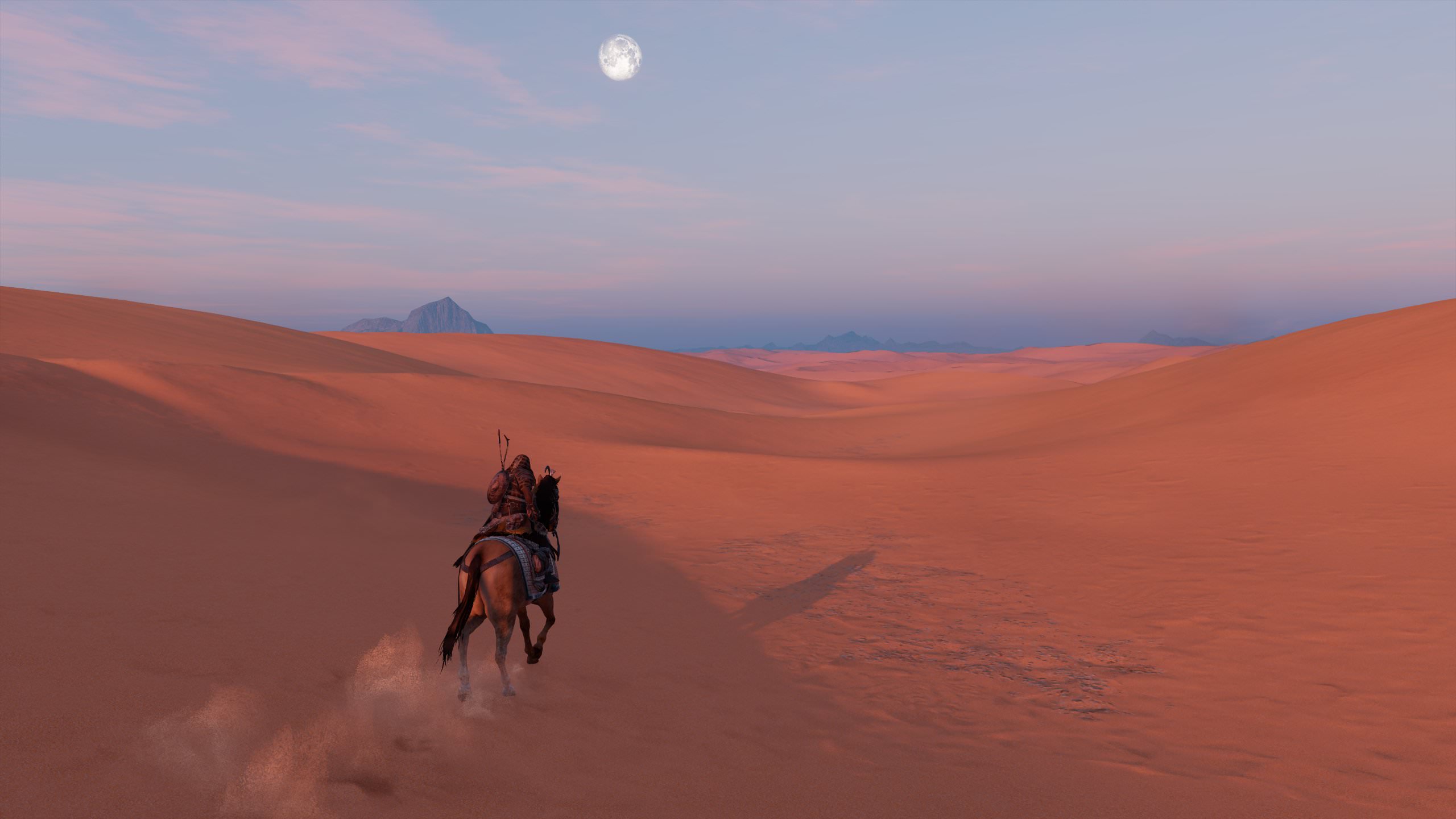 AC Odyssey had some amazing vistas.

Unity is my favourite AC open world. Origins is something special but I always loved the sense cities in early AC and Paris was truly great to explore.

I've spent the most time in Wildlands' Bolivia which had some excellent visual variety and an impressive amount of environmental storytelling. Creeping through forests, climbing snowy mountains or riding through the salt flats all felt great and often had significant gameplay implications.

My favourite though is probably Division 1's NYC. The grim, desolate wintry city aesthetic and impressive attention to detail made it truly unique and a huge part of that game's draw.

Probably Assassins Creed 2, since that's the last ubi openworld I finished.
Such a horrible template and it's getting more and more rare when they doesn't use it (remember when we got nice 2D games like Rayman, Child of Light and Valiant Hearts?).

Odyssey and Black flag. Origins deserts were fantastic too

Loved the feel of both Syndicate and Origins.

Egypt in AC Origins is marvelous, I love Italy and Rome in AC 2 and Brotherhood.
My favorite may just be snowy NY in Division 1.

Those are the ones that I like the most.

Watch Dogs 2 is VERY underrated in this regard. I love all the little actions people do in San Francisco. They maw the lawn, take selfies, chat to each other, chill on the beach, have drinks and whatnot. Assassin’s Creed: Origins was very good, too. Haven’t played Odyssey yet.
You must log in or register to reply here.
Share:
Facebook Twitter Reddit Pinterest Tumblr WhatsApp Email Link