LuckyHit said:
Oh boy, do I have good news for you! 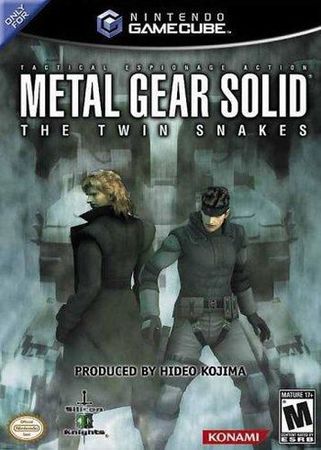 What I'd love is for the original PSX version of the game to be outfitted with Twin Snakes' graphics. Specifically because the psx version was just about perfect asides from the lack of facial features and textures.

I thought the timbre and recording of the original soundtrack really made it apparent that Snake was wandering through a very cold and isolated place. The instruments and vocals really shined in the original game.

Twin Snake's music was... i dunno. I was really disappointed from it. I was happy to replay MGS with updated graphics on the Gamecube but the music really killed the experience for me.

Other games like Outrun 2, Timesplitters 2, Viewtiful Joe and F-Zero GX look good still but a 4k rebuild would be incredible.

I would love a remake of the first Unreal on UE 4. That game has amazing atmosphere and setting and bringing those up to modern visual standards would be amazing! Can you imagine the castle and temple levels in current gen graphics?

I'd love to see this with Eternal Darkness. Some of the sanity effects would be tweaked as a result of a visual overhaul (like the one with the volume bar or deleted save) and I think that would help modern players quite a bit. A dated appearance and a handful of sanity effects that age the game take folks out of what is otherwise an awesome experience.

Metal Gear Solid 1, 2, and 3 on the Fox Engine. If capcom can remake/remaster Resident Evil, Konami can pony up and do MGS.

Super Mario 64. Would think this would Sell insane numbers.

Lightning Returns (Amazing Gameplay and constant pressure from the clock, just needs some TLC in the graphics department)

NieR (I actually quite like the weighted and sluggish feel of the originals combat, so just a visual upgrade here works fine for me)

Super Mario 64 needs an remake in the Odyssey engine. Having played it on DS as a kid, I want to play it on console with an analog but the 64 version is too damn ugly.

New Vegas, If they touched graphics only and never changed a singles other thing. Otherwise better not bother and butcher the game

The Suffering and the sequel.

Prince of Persia: SoT (especially the animations dept, boy are they stiff nowadays)

Silent Hill 2-4 to make up for that collection last gen.

No One Lives Forever

Land of the free, Home of the slave

I may be in a minority here but I don't think Shadow of the Colossus needed a remake. I think that it's aesthetic still perfectly transmits what the original author intended and I'd argue it's one of the 3D PS2 titles that have best stood the test of time.

g-police would be rad with modern graphic Would love to see the original Deus Ex remade, with added features they had to can back in the day like the possibility to chose Unatco instead of going against them.

Game is perfect as it is, just some modern and well done 3d graphics would be cool.

The main remake I would LOVE to see, but I feel is never gonna happen, is Megaman Legends and it’s sequel. That game could be magical with updated graphics and (more importantly) an updated control scheme that doesn’t have tank controls. Would give more attention to one of the best Megaman series, and could even spur interest in it which could make Legends 3 possibly happen again.

Vagrant Story would be interesting. And obviously I'd love to see new art for Snatcher and Policenauts aka "International Only In Your Dreams Edition".
OP
OP

I think the most ideal candidates for this kind of treatment are games where, if you simply upgraded the graphics to modern standards and left the gameplay completely alone, someone who has never played that game before could play it and enjoy it as if it were a modern game. I think part of that means controls that hold up to modern standards.

I still haven't played that System Shock remake demo, but I guess if that first person game from 1994 can work with just a modern visual overhaul and a re-organization of its control scheme, then the other 90's and early 00's immersive sims can work the same way. Maybe even Ultima Underworld. UU in particular has basically all the same gameplay mechanics you later find in BioShock and Skyrim. For those who haven't played it, imagine BioShock or Skyrim but with Doom 1 graphics. UU would need to have a completely new UI though, but that could be done without rebalancing the game itself. Thief and Thief 2 could definitely work I guess, but I'd like to see their controls touched up and maybe a better interface for selecting items. Deus Ex 1 definitely since there's already an established mainstream console audience for the brand. That would have to have even less done to it control-wise, just need to figure out some workable controls for a console version.


LuckyHit said:
Oh boy, do I have good news for you!

Twin Snakes changed a bit too much and put the balance out of wack. It'd be nice if we had a version that was the PSX version with the art assets from Twin Snakes. Maybe the voice acting from Twin Snakes too. I know people have nostalgia for the PSX voice acting but I think it's a give-and-take between them. The best solution would be aversion of MGS1 where each player can just mix and match features between the two versions.

In any case MGS 1 and 2 actually have very old school gameplay compared to today's games. Both essentially play like 2D games.

MGS3 would need its control scheme re-done from the ground up and then it would be the ideal Metal Gear experience I think. MGS 1 and 2 are designed around the 2D gameplay of the MSX games, but MGS3's more 3D design was held back by that old control scheme, and I'm not just talking about the camera. Maybe a version that had FOX engine graphics and something like the 3DS version's controls.


Bán said:
Resident Evil 4 would be a perfect candidate imo. Looks a bit dated now, but the underlying game design is still phenomenal.
Click to expand...
Click to shrink...

As much as I love Resident Evil 4 and continue to enjoy it today, its controls do not hold up to modern standards. A bunch of games have built on what it established, and a complete visual overhaul would simply be compared unfavorably to those games: Gears, Dead Space, Shadows of the Damned, The Evil Within, etc. I don't think you can release anything with tank controls in 2017 if you expect anyone outside the old school survival horror audience to play it.

And you can't change RE4's controls without unbalancing the whole game. Its phenomenal encounter design is built around those old controls. I think RE4 is fine as-is... as soon as that fan retexture project is done.

Shenmue is another. The textures and models and lip syncing (particularly for non-important NPCs) don't hold up well today. It'll be interesting to see what they do with the re-master.

And Mass Effect. Some really low-res textures (particularly on NPC clothes) and jank. But considering EA don't do re-master, I guess it's academic.

Visually only? Pretty much all 3D games from the mid-90s to the mid-00s decade could benefit from more polygons, better textures, and a bump in resolution.

pixelpatron said:
Metroid Prime and the Galaxy games deserve to be HD.
Click to expand...
Click to shrink...

Killer7 is another. That game's art is screaming out to be taken out of non-aliased SD and given 1080p/4K treatment. It'd look amazing super clean, or even better, if it was available in VR.

Trouble is when you only sell 20,000 copies, it doesn't exactly incentivise a re-release. I still think it'd fare much better in today's climate of Indies.

I want the galaxy games and Halo 3 Anniversary

RPGamer92 said:
Silent Hill 2-4 to make up for that collection last gen.
Click to expand...
Click to shrink...

Yeah. The collection didn't count. That was a travesty.

LuckyHit said:
Oh boy, do I have good news for you!

GTA: San Andreas. I'll buy it for the billionth time.

Every Metal Gear Solid game should be remade in FOX engine. I'm fine with Konami doing that, just don't change anything.

Also, doing the 2D Final Fantasy's in a style similar to Bravely Default or Octopath Traveler would be neat. Maybe put Tokyo RPG Factory on it. 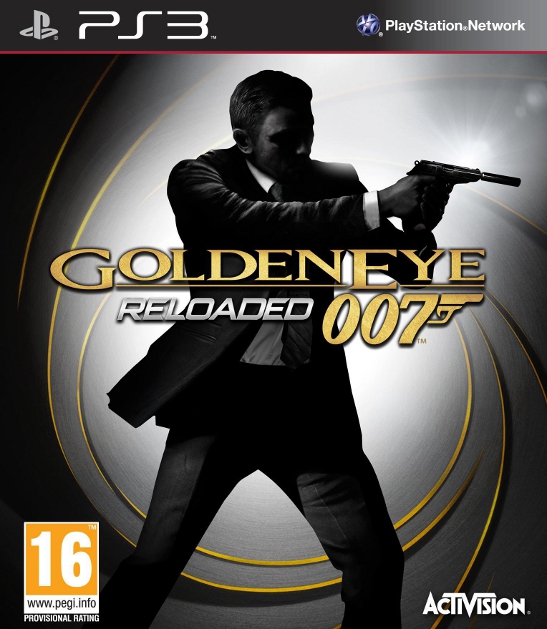 I’m honestly surprised that Morrowind hasn’t been remade yet. ESO is not a substitute. 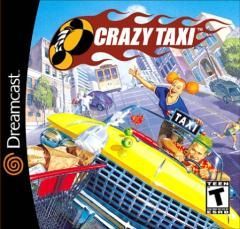 Crazy Taxi. Re-license the original songs and locations, implement forward-facing friend leaderboards to push score chasing, and make the game prettier. Just the first game, to be clear; Leave out 2 & 3's lackluster cities and keep that jump button bullshit far away. IT'S ALL I WANT.

Ditto for Blast Corps. Same skeleton underneath, just add a new coat of paint that goes nuts with the destruction effects and explosions that modern consoles can push.

(Maybe tighten up the controls on those dump truck levels, though)
Last edited: Nov 1, 2017

I don't understand those who say Chrono Trigger or Final Fantasy VI, the pixel graphics in those games are perfect. It just needs to be ported to more platforms without the ugly new sprites like the PC version of FFVI. A remake won't have better graphics, instead it will be like Secret of Mana where it's worse.


RedSwirl said:
System Shock Remake -- From what I've seen they're keeping everything completely where it was in the 1994 version.
Click to expand...
Click to shrink...

The very beginning of the game is very faithful, but I'm not sure the whole game will be. At times the level design in the original almost feel randomized (even thought it's not), and is much too maze-like. Wouldn't surprise me if the remake have a level design that makes at least a bit more sense.


KonradLaw said:
Thief 1-2. The gameplay is still completely unnmatched in the genre.
Click to expand...
Click to shrink...

Good choice, and I agree.

Some other games I would like to see are Vagrant Story, Threads of Fate and of course Shenmue 1&2.

You know this isn't what anyone wants. Daniel Craig as Bond :lol