Smash needs an indie representative. Who should it be?

With a lot of classic games getting representatives in Smash, it seems we need at least one playable Indie.

The first three that came to mind are already used and i'm curious who i'm missing.

There's not a single indie game that deserves a character in Smash in my opinion. Having an assist trophy is already big enough.

Hollow Knight would be a fun character to play me thinks

Hollow Knight for sure.

Their stage would probably be cool as hell too.

Sans, the answer is and has always been Sans Undertale.

Shantae. Doesn't matter if she already has a spirit.

Considering how Sakurai works, it will probably be Reimu from Touhou since he known to favor japanese stuff

hollow knight is more popular than like 25% of smash roster

And we have a winner.

Hollow Knight! With Hornet as an Echo fighter, please..

Link is in Smash and he's in some rhythm indie game thing.

Hollow Knight for sure. The moveset it already there and would require very little tweaking to pull it off. 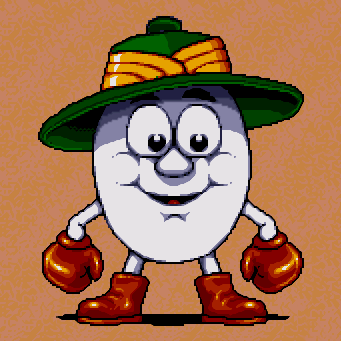 weird to see people not from creepy chan sites cape for shantae, those games aren't good but they definitely have a lot of fan service

Hollow Knight would be my personal answer, but Shantae seems the most fitting as she's been around a super long time. I'd also love Quote, but I don't think that would ever happen

Quote and Curly Brace from Cave Story would fit in nicely, I think.

But I'll take anyone that isn't Shantae.

This is my answer.

Quote is like the original Nintendo Indie character. Cave Story was an indie darling on the Wii before it was cool to be an indie game on a Nintendo console.

Shovel Knight or Hollow Knight make the most sense. I don't see any getting in with the dlc to be honest, and I expect if a character got in for the next game it'd most likely be shovel knight given SK already has the most prominent indie role in the game and Nintendo has a closer relationship with yacht club (publishing the games in Japan) than they do with pretty much any other indie studio

Commander Video, that's why he disappeared from Smash after Smash 4. He'll even have Charles Martinet to narrate

Platy said:
Considering how Sakurai works, it will probably be Reimu from Touhou since he known to favor japanese stuff
Click to expand...
Click to shrink...

was gonna say no, but if anything indie got in, reimu would make a lot of sense

From preview and gameplay video, Hornet doesn't play like Hollow at all, so not sure about echo (I would still be pretty happy if this happened).

I want Madeline but the fact she is in pixel art could be a problem.

If not the goose, then the bomb chicken. If neither, the dude from the title screen of GALF in Golf Story

Knowing Sakurai, it would probably be Reimu (who I wouldn't say no to). There are also great options with Hornet & Madeline.

muteKi said:
If not the goose, then the bomb chicken. If neither, the dude from the title screen of GALF in Golf Story
Click to expand...
Click to shrink...

Oh yeah. I change my answer to Goose.

Reimu Hakurei is looking very likely and would bring something new to the table.

Both those choices didn't make the cut. In my eyes that means that Nintendo isn't really too bothered with having an "indie rep" in Smash Ultimate. There's literally none that are more worthy than Shovel Knight or Shantae, impact wise. Hollow Knight is phenomenal but there isn't a solid prior relationship with Nintendo like Wayforward or Yacht Club Games have with Nintendo. It was just a really great indie that was announced for switch and took a long-ass time to get there.

Idk. I love me some Hollow Knight but I'd get crabby if I find out that Hollow Knight gets in when Shovel Knight or Shantae are still on the sidelines. The indie rep from smash should represent Nintendo's efforts in the indie space in particular, as well as the indie rep having their game on the Switch system. With those in mind, idk of any more worthy than those already included.

She's like the closest thing to a Megaman/Banjo for indies could have and has been requested for a good while. I could see why Nintendo could think an indie character is a gamble so why not go with a popular request?

Shovel Knight, Hollow Knight, Kris (Deltarune), Reimu, and Quote would be sick too. Really indies being in Smash would be fantastic there's no reason to treat them as lesser and undeserving of proper playable representation

Vylder said:
There's not a single indie game that deserves a character in Smash in my opinion. Having an assist trophy is already big enough.
Click to expand...
Click to shrink...

For better or worse, I feel like this may be how Sakurai sees it since we got so many big-name indie characters relegated to Assist Trophy/Spirit/Mii Costume roles. Then again, we got Terry before Jin or Heihachi, so it could go either way. Though at least in Shantae's case, her spirit was Day 1, so perhaps there's a glimmer of hope for her.

Obviously yes, but I don't really know if I'd count him as an indie, even if most of the big games back then we're technically indie.

Shoulda been Shovel Knight. Such a great, quality game that taps into the original Nintendo aesthetic and improves upon it.

I doubt if Cuphead counts since the studio is owned by Microsoft I think, but Cuphead with Mugman as an alt would be just the best.

He's not indie anymore but he had indie origins: