It's been 10 years since gaming's most hilarious plagiarism case 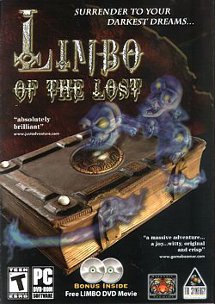 This is actually a month late, but I figured "what the heck", because this story has always been too funny for me to ignore.

I am, of course, talking about Limbo of the Lost.

Limbo of the Lost was originally developed in the 90s by Steve Bovis and Tim Croucher. Using an initial prototype made on the Atari ST, the two pitched the concept to publishers. Unfortunately, as is often the case, the publishers wanted a finished product. This stymied the pair's efforts until 1995 when Bovis, Croucher and Laurence Francis began working on the game again this time as a point and click adventure for the Amiga A500. Rasputin Software picked up the title on the Amiga 1200 and Amiga CD32. Unfortunately, Limbo of the Lost never made it to store shelves since, by the time it was ready, the systems it was made for were dead.

Finally, in 2003, Bovis once again restarted development on Limbo of the Lost. Bovis, Croucher, and Francis redesigned and rebuilt the game. In 2007, G2 Games published it in Europe. Boxed copies, however, were extremely rare and the game was mostly available only through online distribution. Then, in 2008, Tri Synergy announced a wide release in North America.
Click to expand...
Click to shrink...

Now I know what you're thinking. Just seems like another point and clicker that was in development hell for a long ass time, which finally got released in 2007. Well... 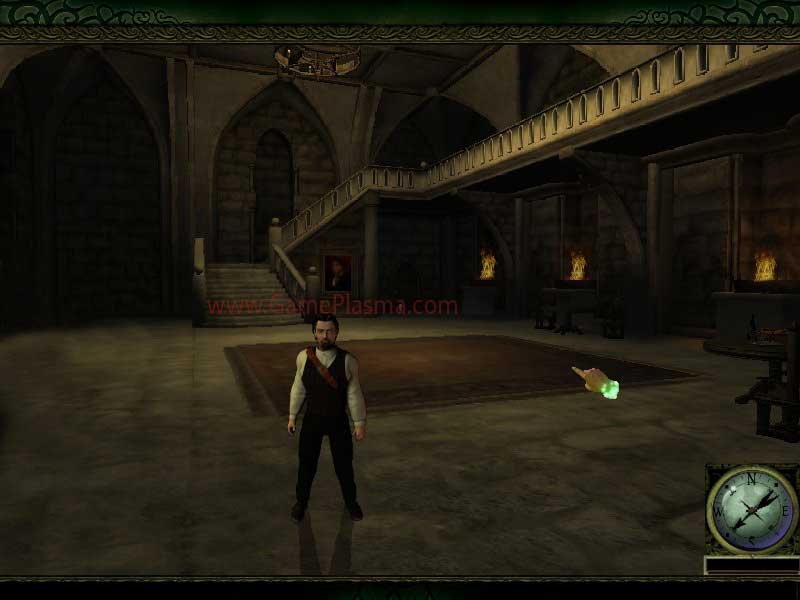 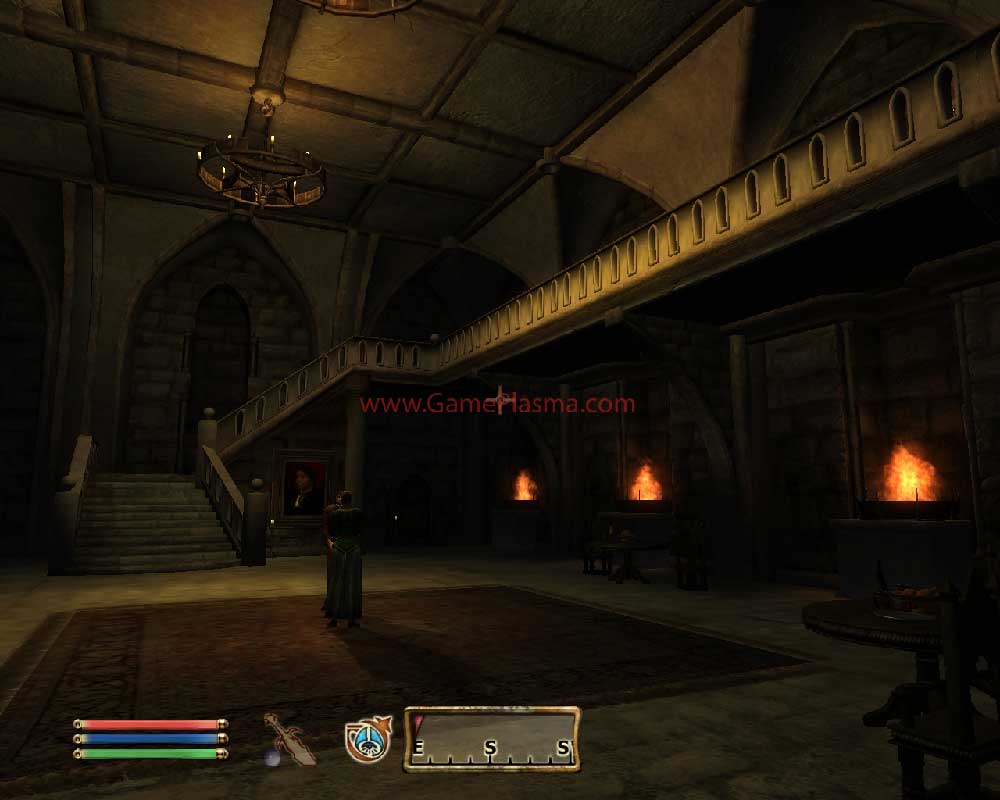 You see, this was a very special case of a game. The thing is, it seemed to have been built around other games' assets. And by that, I mean "totally fucking ripped them off from their data files/took a bunch of screenshots."

And it wasn't just one game. Not one. Not two. Not even just three, but...

On June 11, 2008 GamePlasma published an article comparing specific scenes in Limbo of the Lost with a nearly identical space in The Elder Scrolls IV: Oblivion. The gaming community pounced on this revelation and soon discovered background and objects that appeared to originate from, according to Wikipedia: "The Elder Scrolls III: Morrowind, Unreal Tournament 2004 and 2003, Diablo II, Thief: The Dark Project, Thief: Deadly Shadows, a CryENGINE2 Tech Demo, Silent Hill 4: The Room, Return to Castle Wolfenstein, Painkiller and its expansion pack Painkiller: Battle out of Hell, Vampire: The Masquerade - Bloodlines, The Lord of the Rings: The Battle for Middle-Earth, Hexen and World of Warcraft. Other scenes appear to be taken from live action films: one from the 1997 film Spawn, another from Pirates of the Caribbean: The Curse of the Black Pearl and several more from its sequel, At World's End."
Click to expand...
Click to shrink...

I don't think that's even all of them, and that's on top of the other third-party licensable assets that they just used, apparently.

Now, I'd post some more examples right here, but there are seriously too goddamned many to pick from, so much so that there's entire old wiki site dedicated to it silliness. So get ready to go down the rabbit hole of...

(Note: this wiki is almost a decade old, so don't be surprised if embeds don't work anymore because you abandoned Flash Player ages ago)

If memory serves, the wiki should also have some back story on the devs and how they went through spin city to convince people it was a good game. Have fun, ERA.

The ending to this game is fucking bonkers.

Lol I remember that! Crazy stuff.

Steve Bovis and Tim Croucher both sound like Tim and Eric characters, which makes this even funnier.

I've never heard of this and I fucking love it

Didn't know about this LOL, thanks.

kittens said:
I've never heard of this and I fucking love it
Click to expand...
Click to shrink...

Same. Time to track this game down.

Atleast they ripped off good games, can appreciate a game that knows quality.

I remember lurking when this thing was happening, it was a treat to see people recognizing more and more stolen backgrounds. Really funny stuff.

Tell me about it. I'm definitely gonna read OP's links that he embedded regarding the game's menu and stuff.

Its weird how well the environments from all those different games mesh pretty well together.

I think a congratulations is in order for those small town dreamers that finally made it big. Don't ever give up.

Totally missed this at the time but this is amazing! Cheers OP.

The ending song made everything worth it.

It also seems to be, (surprise) a really bad game.

I actually played this, too, back in the day. It wasn't even that horrible for a point and click adventure, and the ending is one of the most insane things I've ever witnessed in a videogame.

The only thing I have to think about the whole plagiarism issue after all these years is: how? How the actual fuck did they think nobody would notice that they literally ripped off assets and took screenshots of some of the biggest names in the industry of the past 10 years or so? If I were to make an indie game and rip-off some assets of an unknown little game, it would be shitty but at least I'd have a decent chance of not getting caught if the genre and general public are different enough. But these guys ripped off Diablo, World Of Warcraft, Unreal Tournament, Painkiller, The Elder Scrolls, Silent Hill or more. It is absolutely insane anyone on that team could have thought they could get away with this. Imagine someone releasing an action movie that cuts scenes from Kill Bill, the Transporter series, the Fast & Furious movies, John Wick and Terminator 2, and nobody noticing this all the way to publishing said movie in shops.

I had no idea about this story. Thanks for sharing. Did the developers get in any trouble afterwards like getting sued or something?

This was one of my favorite GAF threads to follow back in the day. The nonstop amount of stolen shit people found in this game just kept going and going and going and then the whole thing gets clinched with that insane ending. Even that list in the OP doesn't do justice to the breadth of the amount of assets/properties this game stole from.

Great. Thanks, OP. Now I'll have that fucking "King of Limbo" song stuck in my head all day.

I can't believe it's been ten years. Watching people piece together the different games Limbo stole from was a lot fun.

I knew exactly what this would be when I saw the thread title, hard to believe it's been ten years though! I remember reading about it and keeping up to date with every piece of new information as it hit, it was strangely exciting.

Like many I'm sure I had no idea about this, different time.

Never knew about this thank you OP, like most I'm dumb founded how they thought they would get away with this without anyone noticing, what were they thinking off?

I cant believe this hasnt been posted yet:
https://www.youtube.com/watch?v=9vz4J2rorDE
The end of the game is insane.

I can't help but think how amazing it would be if a modern AAA game stole this and used it for its ending.

You know what, I am pretty sure whoever made this had a great time making this.

I knew it was Limbo of the Lost as soon as I saw the thread title. I’m sure the devs never dreamed that this turd of a game would still be talked about in 2017.

TheDarkId's text LP of this game is pretty great.

I thought this was going to be about the Okami IGN cover, but this is amazing.

Haha cool. I'm mentioned on that wiki for spotting the background of the Amiga game Guy Spy in LOTL.
http://lotl.wikia.com/wiki/Amiga_Prototype 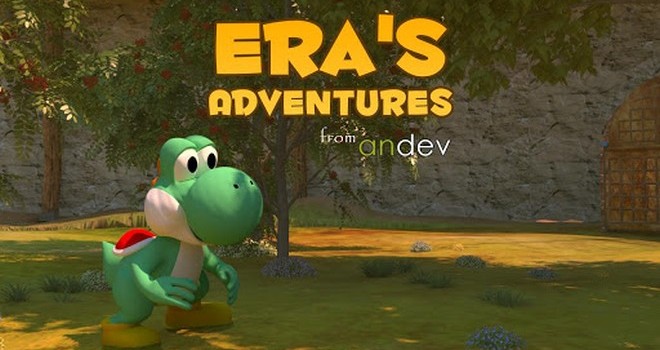 Lol I cracked at the statue from beetlejuice

Wow, I never heard of this. Plagiarizing 30 other AAA games is a pretty bold strategy.

Heh, I had forgotten about this. Thanks for bringing this back up. For those of you who are unfamiliar, enjoy the ride.

To its ports I have been

I don't see anything wrong with this game.

I knew what it had to be as soon as I saw the title. I’m surprised it’s only 10 years old though!

I should watch the ending; I’ve never heard anything about that.

My word, has it been 10 years already?

The Pirates of the Caribbean footage is still the best part.

5taquitos said:
I thought this was going to be about the Okami IGN cover, but this is amazing.
Click to expand...
Click to shrink...

Yeah,lol. I was honestly expecting this.

Love this stuff, it was a huge thing on the official Oblivion forum at the time.

The ending is superb.

I think we need more cheesy musical numbers. Some games would benefit from it.

What, it's been 10 years already? Like others, I remember following the development of the discoveries of the plagiarisms. Such fun times, but really... 10 years...?!?

5taquitos said:
I thought this was going to be about the Okami IGN cover, but this is amazing.
Click to expand...
Click to shrink...

I had never heard of this before, and it is absolutely crazy. How the hell did Bethesda get away with this? This is the level of scandal that destroys your entire company.

I had never heard of this before, and it is absolutely crazy. How the hell did Bethesda get away with this? This is the level of scandal that destroys your entire company.
Click to expand...
Click to shrink...