Surprised not to find a thread to this.

A new studio called 10 Chambers, made out of former members of Overkill, developers of the Payday series, announced their first game during The Game Awards called GTFO.

That's not an abbreviation, that's the name.

While it looks pretty great, that's such a stupid name.

Looks dope! Maybe this could fill the void until Left 4 Dead 3.

He said "this year" when asked about release.

I presume he meant the coming 12 months.

4player coop shooter? I down all day.

I could have sworn this was announced ages ago? I remember there being scorn towards the childish name? Or am I remembering wrong? Old age, man...

Looks cool... but that name instantly makes me not want to play it.

At first I thought it was an Aliens game. Then I heard the Irish guy and thought “Is that Atlas!?!! Are we getting another Bioshock?”

Then I saw it was all new. Hopefully it’s cool. Looks cool. Reminds me I need to play more L4D and Warhammer

Such a stupid name. Screams dudebro. Project Octopath Traveler is a better name than this.

Permanently banned for usage of an alt-account.

Not sure if Im hyped...
Questionable name.

Im all in for this.

I need more co-op games in my life.
Announce split screen co-op with bots for when i want to play offline and I am hard sold.

Looks cool and I like the name. Sure its "dudebro" as stated above but it works for the type of game, and is direct to the point.

The name might be dumb but this looks pretty great. I'll definitely be in.

2Blackcats said:
He said "this year" when asked about release.

I also cached that slip. I am pretty sure this guy already lives in 2018.

After PWND another shooter with a slang name. Game does a look a lot like Payday in terms of mechanics, but looks much better.
The game name doesnt really make much sense to what is shown though, but it looks good. Unreal Engine 4, i wager?

One of the more cringier game reveals at the VGA.

This game looks really interesting, my friends and I agreed we'd keep our eyes on it.

But man, that name is TERRIBLE.

I think the name is perfect for what it's going for. As I said in the TGA thread, Payday filled a Left 4 Dead sized hole in my gaming diet, this looks even closer up that alley than ever. And in keeping with the Left 4 Dead comparison...they both have absurdly dumb names yet appropriate to the type of game they're going for.

Masterspeed said:
While it looks pretty great, that's such a stupid name.
Click to expand...
Click to shrink... 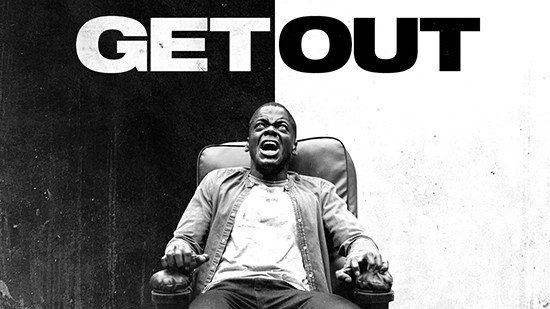 I guess their lawyers said that "take off and nuke it from orbit" wouldn't work as a name.

Looks a lot like Killing Floor or Payday with aliens - expected, but still, nothing really stands out about the game. I found Payday/2 super repetitive, so I would hope they have some sort of gimmick or mechanic to separate it from the pack.

Game itself looks fun, Killing Floor in space, but what in the world were they thinking with that name?

The relevance to that image being???

But I can just play Killing Floor. With six players, at that.

I assume a stupid name?

Trash console version incoming.
Not that it will be missed though.

Weird. I never heard people saying Get Out being a stupid name. GTFO however...

That name does not fit the vibe of the trailer.

Looks like a much better spiritual successor to L4D than Evolve.

Realistically, it took them just a few months to announce, release and abandon Raid. Are we expecting this game to be anything else but a different theme of Payday mechanics?

I will bet on the Space Hulk update to be a better co-op experience than this, although all of those games are second-grade experiences at this point.

I thought this looked excellent, but I really don't love the name. The team size was shocking.

Maybe if this was announced half a decade ago it would be more appealing to me but i am just so sick and tired of "dark zombie shooter" games.

Don't tell me that this kind of coop games are coming in fashion now. Yeeeesssssssss.

Please give me my L4D fix.

Man, it looks like splitting off from your friends in this game is going to suck as much as it does in L4D and Payday.

The title really put me off I don't think I will be playing this. And I love left4dead 2.

Looks amazing for me.

What's wrong with the title ? Not worse than PUBG...

Absolutely stunning look artstyle and gameplay elements but I can not at all fund the developers who ruined Payday 2 through actual pay2win loot crates that were sold as "skins" for guns but had actual stats and mechanical changes. You want to see real pay2win, look at Payday 2 and you'll find utterly disgusting fleecing mechanics in place to get as much money as possible from players with little to no reward. I understand it isn't the exact studio who made Payday but a mixture of old employees I still can not support anything to do with that developer be it by namesake.

Eorl said:
Absolutely stunning look artstyle and gameplay elements but I can not at all fund the developers who ruined Payday 2 through actual pay2win loot crates that were sold as "skins" for guns but had actual stats and mechanical changes. You want to see real pay2win, look at Payday 2 and you'll find utterly disgusting fleecing mechanics in place to get as much money as possible from players with little to no reward.
Click to expand...
Click to shrink...

Heeh, didn't know that. That's a much bigger deal than the title "controversy" lol.

2Blackcats said:
He said "this year" when asked about release.

PositiveGamer said:
I also cached that slip. I am pretty sure this guy already lives in 2018.
Click to expand...
Click to shrink...

He said more like "something" this year as in a beta or early preview. Said it wasn't finalized

Days Gone is having other people ape its main gimmick (WWZ zombies) before it even launches.

Really these were likely developed and implemented independently of each other (games take years to make) and all based on the movie depiction... but it does make Days Gone seem less unique. A game that already has an optics problem of looking too much like TLoU, in an ever-oversaturating zombie genre.

Shit, I don't like dark looking games of creepy aliens, but I need more co-op titles in my life.

I wrote off Payday after they dropped the ball so hard (in my book) on Payday 2. From the gameplay, to the heists, to the way the devs interacted with their fans.